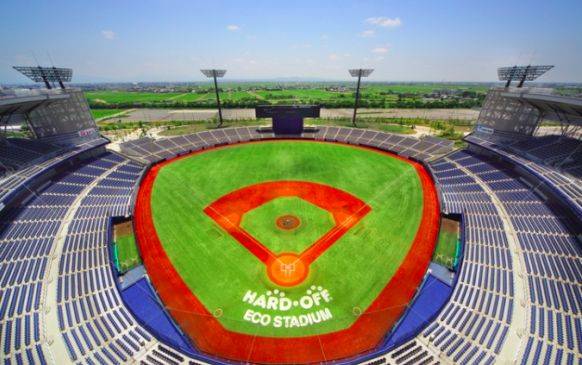 "AKB48 45th Single General Election" ("The 8th AKB48 General Election" will take place on June 18th at HARD OFF ECO Stadium Niigata in Niigata City. This became known on March 21 during a photo session event for "AKB48 0 to 1 no Aida" at Pacifico Yokohama.

As many of you may know, this is AKB48's biggest annual event. For this year's election, a total of 80 members from 5 groups are eligible to enter to be in the running for senbatsu for AKB48's 45th single.

Just like last year, the election will be held in the candidacy system. Members of AKB48, SKE48, NMB48, HKT48, and NGT48, as well as former AKB48 members who transferred to its overseas sister group (Nakagawa Haruka and Chikano Rina), are eligible to stand as a candidate. The reception desk period for the candidacy will be during March 23 at 4:00 pm to March 27 at 10:00 pm. Further details will be revealed in the coming days.

Sashihara Rino, who stood on top at last year's election, commented, "I kept thinking that this announcement would be made, but now, I feel like its finally come! Just when I have to sell my photo book!! I have a lot to think about. I will think about what to do [stand as a candidate or not] after this." She continued, "Everyone! First, please buy my photo book 'Scandal Chuudoku'!"

During this event, it was also announced that AKB48 Team K's Mukaichi Mion would serve as center for the group's 44th single (currently untitled) to be released on June 1.