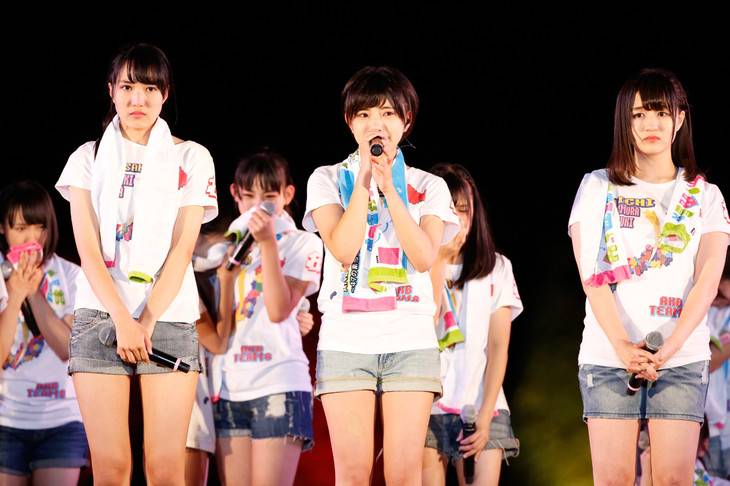 This announcement came on the first day of Team 8's concert "Team 8 Kessei 2 Shunen Kinen Tokubetsu Kouen in Okinawa Mensore! Haru no Eight Matsuri" at Nakagusuku Castle in Okinawa. Fujimura and Iwasaki have graduated from the group as of April 3. As for Yamamoto, her graduation concert will be held in the coming days at AKB48 Theater.

See comments from each of the members below.

Fujimura Natsuki: "I never had a dream until I became a member of Team 8. That is to become a hair and make-up artist. Right now, I am attending a vocational school for hair and make-up, and I am studying very hard. It became difficult to continue my activities in Team 8, and I didn't want to cause trouble to the other members, so I decided to graduate."

Yamamoto Ai: "This year was my 'Coming-of-Age Ceremony,' and I started thinking more and more about my future. After thinking about it very hard, my other dream of becoming an actress became bigger. I want to seriously study acting. It will be a severe path, but I want to challenge it with my own strength."

Iwasaki Moeka: "After getting into my first-choice school, I wanted to go after my childhood dream of becoming a doctor. In order to make my dream come true, I have to study a lot, so continuing Team 8 activities in that condition, I didn't think I could commit to them both wholeheartedly."