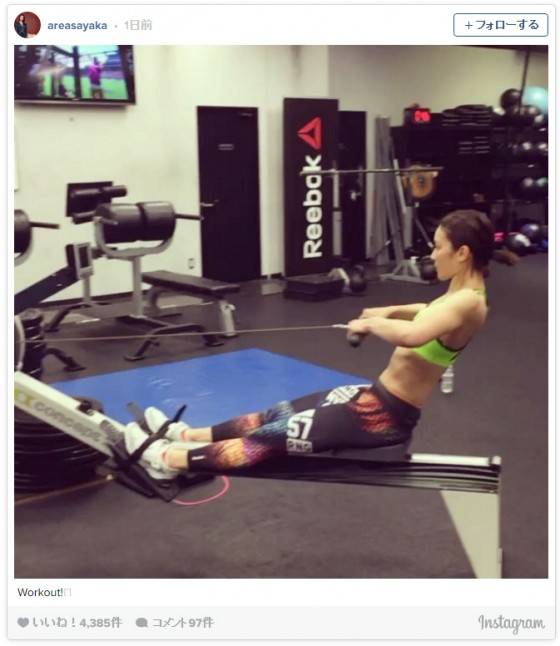 On April 18, former AKB48 member Akimoto Sayaka revealed a video of her workout session on Instagram.

In the video, you can see short clips of Akimoto working out her arms, legs, and abs. Fans were wowed by her intense workout, leaving comments such as "You're such an athlete," "Sayaka-chan, you're amazing," and "Are you aiming for the Tokyo Olympics?!"

Akimoto is currently the MC for NHK's "Run×Sma ~Machi no Kaze ni Nare". Recently, she has also starred in various films including "Galaxy Kaido", "Mango to Akai Kurumaisu", and "Bikuu".