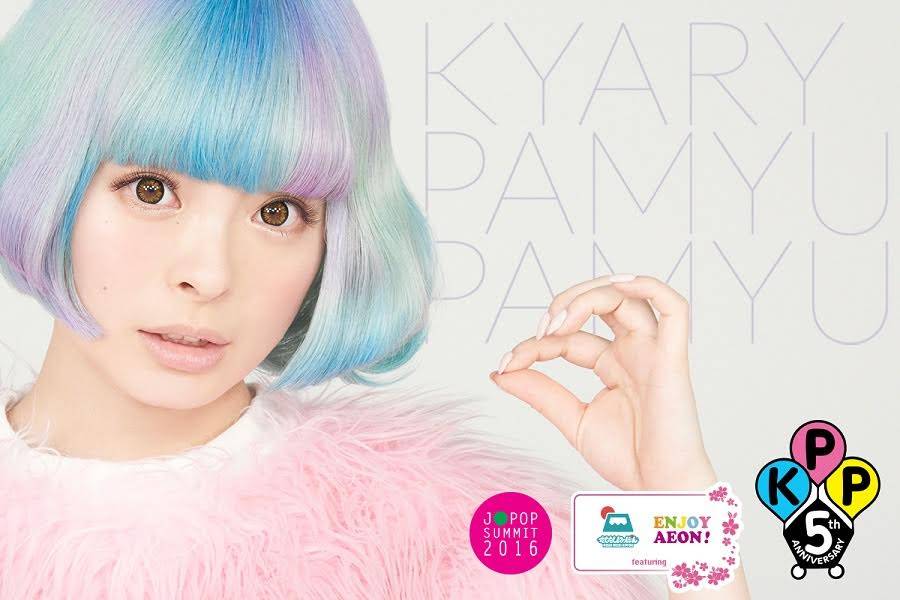 Tickets will go on sale on Friday, May 6th. KPP Concert Ticket BASIC and PREMIUM packages, along with KPP + J-POP SUMMIT Combo Tickets, will be available for purchase at: www.J-POP.com. The Regency Ballroom is located at1290 Sutter St, San Francisco, CA 94109.

Kyary Pamyu Pamyu is one of Japan's biggest pop and fashion stars and represents the dynamic fusion of Japanese pop culture, fashion and music.

The singer is currently marking her 5-year anniversary as an artist with an international concert tour "KPP 5iVE YEARS MONSTER WORLD TOUR 2016" supporting the upcoming release of her very first retrospective album, KPP BEST. Kyary Pamyu Pamyu was a headliner at the J-POP SUMMIT 2013 and returns to San Francisco to celebrate her anniversary with fans on Friday, July 22nd at J-POP SUMMIT 2016 Opening Night.

J-POP SUMMIT 2016 continues Saturday and Sunday July 23rd and 24th at the historic Fort Mason Center located in San Francisco's Marina district. Attendees will experience a colorful assortment of Japanese pop-influenced culture including fashion, pop art, live music and technology, accented by ramen vendors, sake-tasting, and other attractions to be complemented by celebrity Guests of Honor, anime programming, cosplay and karaoke contests, and a wide assortment of vendors and other programming.

**Both options DO NOT include entrance to the J-POP SUMMIT at Fort Mason.

KPP + J-POP SUMMIT Combo Tickets -- including J-POP SUMMIT 1-day and/or 2-day passes that each include a KPP Concert Ticket BASIC starting from $55 each – will be also available on Friday, May 6th at: www.J-POP.com.

Stay tuned for news coming next week on J-POP SUMMIT tickets, including V.I.P packages, and information on other artists set to perform.