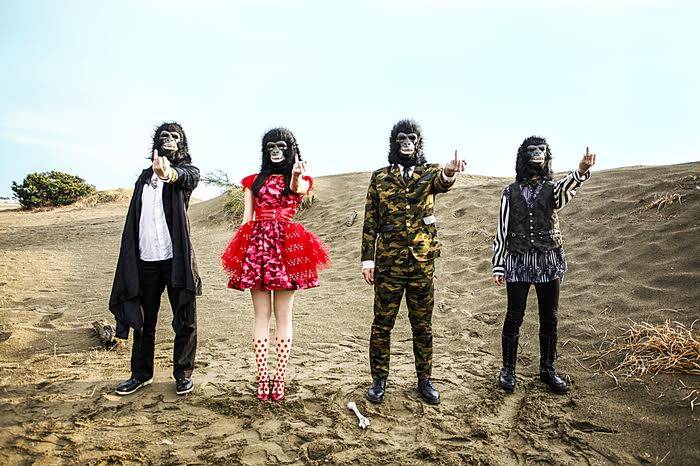 Bridging out from their apocalyptic 2015 album Showa 90, the band remove their gas masks to reveal ape faces, bouncing around in savage rhythm before jumping forward to a space-age future, eerily reminiscent of Kubrick's 2001: A Space Odyssey.

The band skewers a beach wedding fantasy with singer Yoko Hamasaki's ring finger exploding from her hand in a bloody blastoff before turning into a rocket. Not content with just one bodily injury, Yoko runs across the beach with a short sword hidden in her bridal bouquet, stabbing her would-be husband and bathing happily in the sanguine spray.

Showa 91 will be available in 2 versions: "Monkey Version" and "Regular Version".