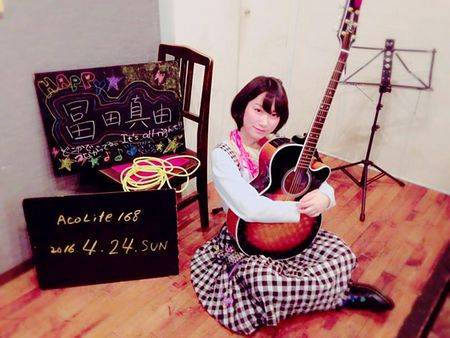 It was reported that a 20-year-old idol Tomita Mayu who is also a third year college student, was stabbed in the neck, chest, arms and back more than 20 times by her fan on May 21 at around 5:05 p.m. Though she was taken to the hospital, she is in a critical condition.

According to the metropolitan police department, they caught a 27-year-old man, reportedly named Iwazaki Tomohiro, red-handed. It is said that Tomita was receiving messages continuously from the suspect on her blog and Twitter, and she told the police about it.

On the day, Tomita was scheduled to perform at a live event at the venue in Koganei-city in Tokyo, and she was about to step into the building when the incident happened.

When the police officers rushed to the scene after receiving an emergency report from an eyewitness, there was a bloody folding knife on the floor, and Iwazaki was standing by Tomita laying in blood. Iwazaki admitted that he stabbed her with the knife.

According to Koganei police department, the suspect told them that he previously sent a gift to Tomita, but it was sent back to him, and it made him furious. He also told the police that he was intended to kill her, and prepared the knife beforehand.

It was also revealed that Iwazaki ambushed the idol at the JR Musashi-Koganei station, and a security camera near the station caught the man following Tomita.