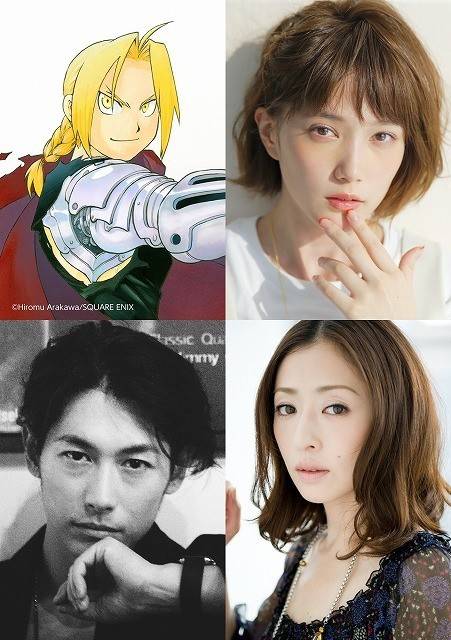 Arakawa Hiromu's manga "Hagane no Renkinjutsushi (Fullmetal Alchemist)" is getting a live-action film adaptation, and its main cast members have been revealed.

"Hagane no Renkinjutsushi" was serialized in monthly Shonen Gangan during 2001~2010. The story takes place in an imaginary world in which alchemy is highly developed. It depicts the journey of the two brothers Edward and Alphonse Elric, who are pursuing "the philosopher's stone." The live-action adaptation will be directed by Sori Fumihiko ("Ping-Pong").

No details on Alphonse Elric, who appears in a giant suit of armor, have been revealed at this moment, but the director gave a hint that he's sure the fans would be satisfied with Alphonse.

The shooting will start in June in Italy, and it will also take place in Japan. They are aiming to finish filming it in the end of August, and it will open in theaters in winter of 2017.

Any thoughts on this? Let us know in the comment below!