Mitsushima Hikari & Nagayama Kento are in a relationship 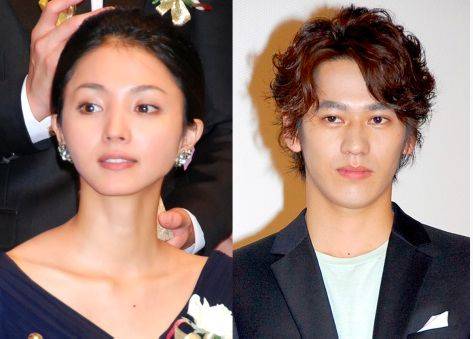 On the May 17th issue of tabloid magazine 'FRIDAY', it was reported that actress Mitsushima Hikari (30) and actor Nagayama Kento (27) are in a romantic relationship.

Both agencies confirmed the relationship, stating, "We have been informed that they are dating. Please watch over them warmly."

According to 'FRIDAY', the couple just started dating, but they already seem to have a close relationship. They have gatherings at Mitsushima's apartment with Nagayama's older brother, actor Eita (33), and his wife, singer Kimura Kaela (31).

Mitsushima married film director Ishii Yuya (32) back in 2010. According to Mitsushima's agency, the two settled their divorce early this year.