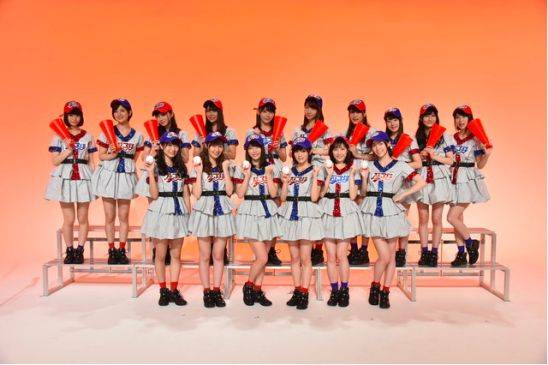 AKB48's new song "Hikari to Kage no Hibi" has been picked up as the theme song for TV Asahi's broadcasts related to the '98th National High School Baseball Championship,' which include the 'Nitto Koshien' and 'Sohoku! Koushien e no Michi.'

For "Hikari to Kage no Hibi," Yamamoto Sayaka (NMB48) and Yokoyama Yui (AKB48) will serve as the centers. Besides these two, there will be 14 other members, such as Matsui Jurina (SKE48), Watanabe Mayu (AKB48), Sashihara Rino (HKT48), and Kitahara Rie (NGT48), who will make up the "High School Baseball Senbatsu Members." This song will be included in AKB48's 45th single (currently untitled) to be released on August 31.

Akimoto Yasushi, who wrote and composed the song, commented, "When explaining AKB48's concept, I've used high school baseball as an example many times. 'Dreams don't come true in just one day.' When I received the request for AKB48 to sing the theme song for 'Netto Koshien,' I felt that I should first portray 'beautiful sweat.'"