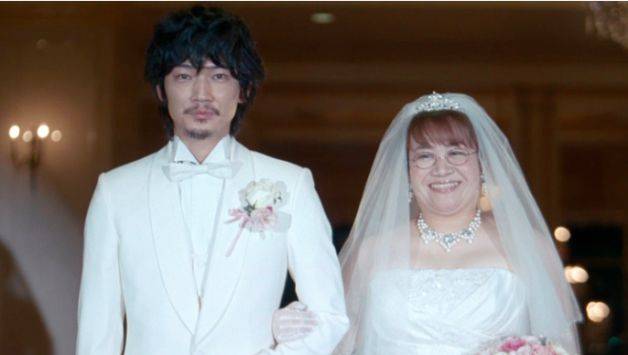 The 30-second CM features a scene of Ayano and Kondo's wedding reception. To Amuro Namie's popular wedding song "CAN YOU CELEBRATE?", the couple makes a grand entrance in a white tuxedo and wedding dress. The CM also stars Kadono Takuzo as Kondo's father, and Tsutsumi Shinichi and Takahata Mitsuki as Ayano's co-workers.

In Docomo's August 2015 CM, Ayano, who plays a reporter, approached Kondo for an interview. The new CM flashes back to this scene followed by Tsutsumi's comments, "Who knew that interview," and "It's all connected..."

The CM shoot took place at a Tokyo hotel in May. The shoot was so like a real-life wedding, that Kadono was moved to tears.