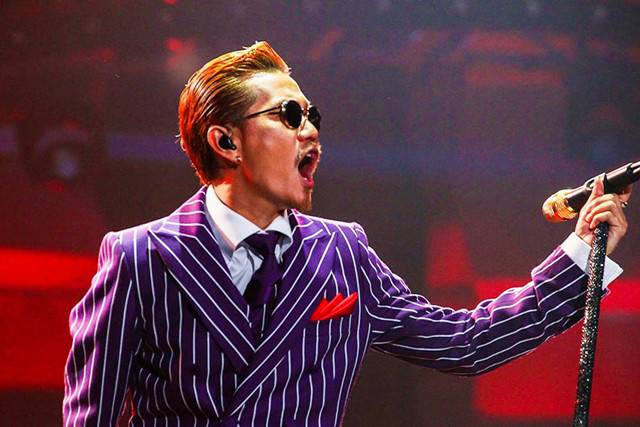 EXILE ATSUSHI has announced that he will hold a 2-day live at Tokyo Dome on August 27 and 28.

The Tokyo Dome concerts will be a part of his ongoing tour "EXILE ATSUSHI LIVE TOUR 2016 IT'S SHOW TIME!!". He will be the first solo male artist to hold a one-man tour at dome venues in six cities, Osaka, Aichi, Fukuoka, Saitama, Hokkaido, and Tokyo.

On the first day of this tour, ATSUSHI announced that he has formed a band called RED DIAMOND DOGS as a part of his new project. With this band, he performed three new songs and excited the crowd of 40,000 fans.