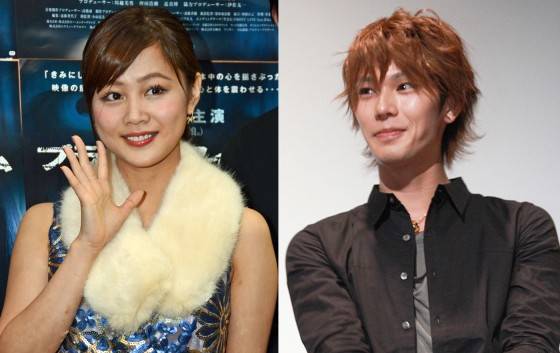 On June 13, former Morning Musume member Niigaki Risa (27) announced through her official blog that she would be marrying actor Kotani Yoshikazu (34) in July.

In a blog entry titled "Announcement," Niigaki reported, "At this time, I, Niigaki Risa, will be marrying actor Kotani Yoshikazu-san in July." The couple met on the set of the stage play 'Zettai Kareshi' in 2013. After two and a half years of dating, the two decided to get married.

She continued, "We hope to build a family full of smiles," and revealed that she would continue her activities, mainly focusing on acting, "I will live as an actress and devote each day as an expressive person, so it would make me happy if you would support me."

Similarly, Kotani updated his blog and wrote, "I am still very inexperienced as an actor, but I will continue to exert myself into work and acting. I hope to face my job in a very serious manner in order to get to the very top."

Niigaki joined Morning Musume with Takahashi Ai, Konno Asami and Ogawa Makoto in 2001. She served as the 7th leader from October of 2011, then graduated in May of 2012.

As for Kotani, he has starred in various stage plays as well as the special drama 'Kamen Rider Agito' and film 'Messiah'.