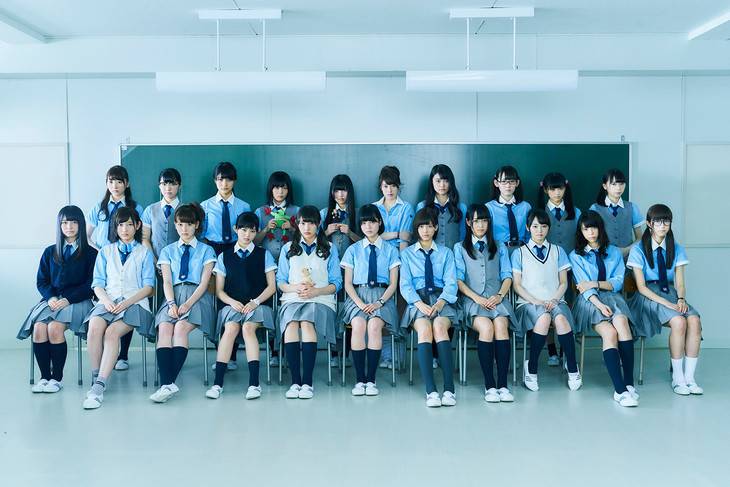 The title of Keyakizaka46's second single, that's slated for release on August 10, has been determined to be "Sekai ni wa Ai Shika nai".

This song will be used as the theme song for the group's starring drama "Tokuyama Daigoro wo Dare ga Koroshitaka?" on TV Tokyo. It's described as a song with a sense of speed that represents the imagined landscape of a teenager through poetry reading.

Besides the single's title, it was revealed that the first episode of the drama will air on July 16. In addition to the members of Keyakizaka46, Shimada Kyusaku, Eguchi Noriko, Aijima Kazuyuki, Konno Hiroki, and Iwamatsu Ryo have been cast in the drama.