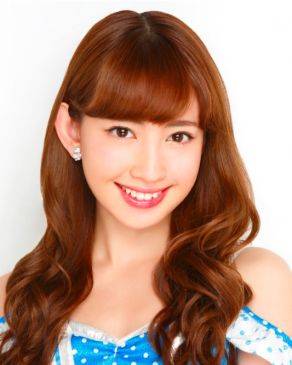 AKB48 Team A member Kojima Haruna has announced her graduation from the group.

This announcement was made on June 18 during AKB48's annual event "AKB48 45th Single Senbatsu General Election" at HARD OFF ECO Stadium Niigata in Niigata. Kojima, who participated in this year's election as "mysterious member Nyannyan Kamen," ranked in at 16th place. When she was called on stage, she revealed her identity saying, "There were all kinds of reports this morning, so I would like to greet you as Kojima Haruna. Nyannyan Kamen was Kojima Haruna," and took off her mask.

Kojima explained the reason why she took part in this year's election in this way, "My participation in the general elections ended 2 years ago. Last year, I didn't stand as a candidate. But as my last time, I thought I would participate and do something for AKB48..." She continued with a smile, "Everyone, are you prepared to say, 'Ehhh'? I, Kojima Haruna, will finally graduate from AKB48."

When the crowd broke out in 'ehhh,' Kojima responded, "I've announced it, but the date hasn't been decided yet. Although I don't want to be like Takamina," joking about how Takahashi Minami's graduation was postponed. Finally, she stated, "Please enjoy AKB48 more and more."