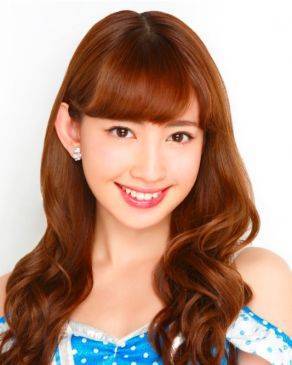 On June 22, AKB48 member Kojima Haruna appeared on NTV's 'PON!' where she revealed that she had decided on graduating two years ago.

Kojima anounced her graduation from AKB48 on June 18 during the group's annual event "AKB48 45th Single Senbatsu General Election" at HARD OFF ECO Stadium Niigata in Niigata. On this day, 'PON!' featured a VTR where people were interviewed on the streets to share their thoughts on Kojima's graduation. Fans made comments, such as, "I'm sad to think that she won't be in AKB48 anymore," and "I wanted her to say, 'I'm not going to graduate after all." After watching the VTR, Kojima said, "It feels real now that I'm going to graduate."

When asked about her reason for graduating, she confessed, "I had decided on it two years ago." She went on to say, "But at that time, there were those incidents with the handshake events, so I couldn't do it. At 28, I wanted to take the next step and become an adult woman."

Upon hearing this, MC Okada Keisuke stated, "There will never be another type like Kojiharu in AKB." He added, "Isn't it okay to stay in AKB forever? I think it would be permissible to be in a position where you can participate when you feel like it."

MAN WITH A MISSION Kamikaze Boy's activities suspended after reported to be in an adulterous relationship
6 days ago   0   1,455