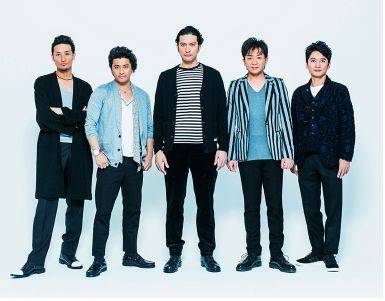 On June 17, TOKIO's Kokubun Taichi (41) announced on TBS' program "Hakunetsu Live Vivit" that his wife is expecting their first child.

Toward the end of the program, Kokubun announced, "It's a private matter, but it looks like I'll become a dad in late-October." Soon after, the studio was filled with a warm round of applause to congratulate the father-to-be. While the baby's sex is uncertain, he shared, "I really wanted twin girls, but we won't be having twins."

On his current state of mind, he stated, "It's complicated. I still can't believe it's real, and although I've always wanted kids, rather than being genuinely joyful, I feel more like, 'Ah, thank goodness.'" Then, commentator and talento Hiromi followed up with a piece of advice, "It takes some time for men. We are a little different than women. We gradually become fathers."

Kato Shigeaki suggested, "If it's a boy, please have him join Johnny's," and similarly MC Maya Miki said, "And if it's a girl, Takarazuka." Kokubun responded, "Wow, I have to think about those kind of things..."