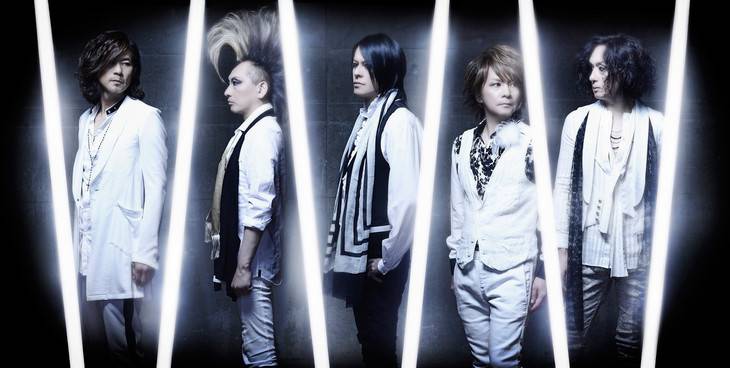 It was recently announced that rock band BUCK-TICK will be releasing a new single titled "New World" on September 21.

Since 2010, the band has been working under their own label Lingua Sounda and released their last single in 2014. At the end of last year, the band told their fans during their "THE DAY IN QUESTION" concert at Tokyo's Budokan that they changed their label back to Victor Entertainment under which they had their major debut in 1987 an worked with for almost 10 years.

Aside from the title track, the new single will also include a coupling track titled "Devil's Wings -type2-". The first time limited edition will also come with a Blu-ray and DVD of the above mentioned concert and feature the live performances "ANGELIC CONVERSATION", "Aku no Hana", "Brain,Whisper,Head,Hate is noise", "Misshitsu", "ICONOCLASM", and "Taiyou ni Korosareta".

Thanks to kpopfan564 for the tip!