'BLEACH' to get a live-action film adaptation 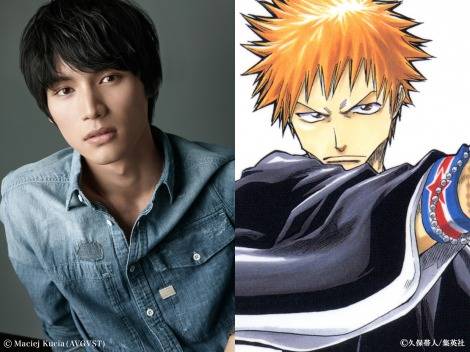 The live-action film will be directed by Sato Shinsuke ("GANTZ", "I Am a Hero"), and it will mainly adapt episodes from "Shinigami Daikou Hen."

"BLEACH" started its serialization in 2001 on Weekly Shonen JUMP, and it has released 73 separate volumes with a large circulation of 87 million copies in total. According to the recent announcement, the series will end its 15 years of history with the current issue, which was published on the 22nd.

The main protagonist is Kurosaki Ichigo (played by Fukushi). Ichigo is an ordinary high school student, but he has the talent to see ghosts. One day, he encounters Kuchiki Rukia, a Soul Reaper who happened to be there to slay evil spirits called "Hollows." Rukia gives the power of a Soul Reaper to Ichigo, and he uses it to fight against the Hollows to protect his family and friends.

Regarding the live-action film adaptation, the original author Kubo commented that all he worries about is the protagonist's hair color, which is orange.

"BLEACH" will open in theaters in 2018. Stay tuned for further announcements on the cast!