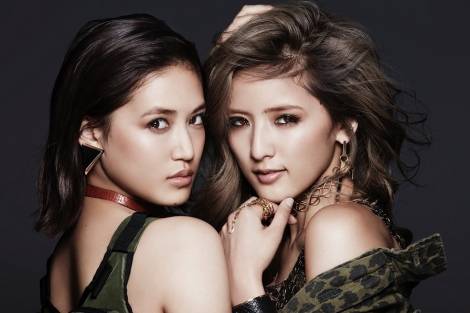 It was announced that E-girls members Fujii Shuuka, 21, and Fujii Karen, 20, have formed a unit named "ShuuKaRen." This new unit is scheduled to release their debut single "UNIVERSE" on October 5.

The announcement was made at the last stage of E-girls' nation-wide tour which was held at Saitama Super Arena.

Their debut song "UNIVERSE" was used as the CM song for "Beats by Dre."  When the CM was airing, there was no information about the song other than the title, so the viewers were wondering which artist was singing the song.

Along with their activities in E-girls, Shuuka is also a performer in Flower, while Karen is the vocalist/performer of Happiness. Not only as artists, the sisters are also active as the house models for a fashion magazine "JJ."