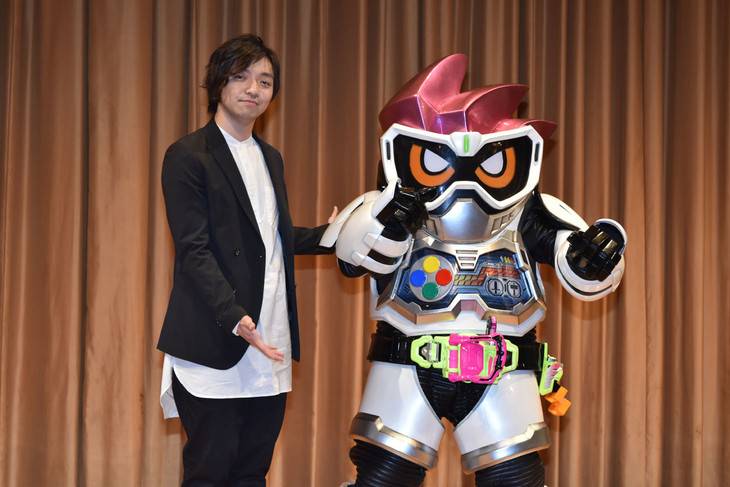 Miura Daichi will be in charge of the theme song for the new Kamen Rider series "Kamen Rider Ex-Aid" premiering on TV Asahi on October 2.

"Kamen Rider Ex-Aid" is the 18th installment of the Heisei Kamen Rider series. The protagonist 'Houjou Emu' is a physician who transforms into 'Kamen Rider Ex-Aid' to protect the lives of human beings. Houjou will be played by Iijima Hiroki who was selected as the grand prix for the "28th Junon Super Boy Contest."

Miura will provide his song "EXCITE" for the series. He made an appearance at a press conference on August 30, where he commented, "I'm happy to be chosen to sing the theme song for a work that is extremely loved." He also revealed that his nephew is a fan of 'Kamen Rider Ghost,' "I think I will tell him about this as soon as possible. I can become my nephew's hero."