TOKIO's Yamaguchi Tatsuya gets a divorce 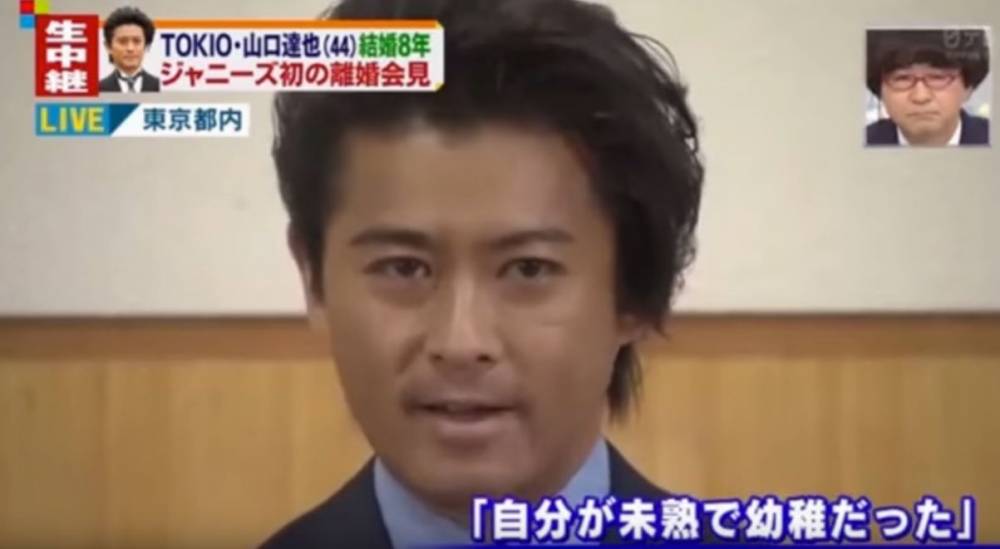 On August 5, popular group TOKIO member Yamaguchi Tatsuya (44) announced that he got a divorce from his wife.

As it's extremely rare for a Johnny's' talent to hold a press conference regarding a divorce, a large number of media gathered there. At first, Yamaguchi explained that he wanted to announce his divorce with his own words since he also announced his marriage by himself back in 2008.

Regarding the reason for his divorce, he said, "It's been over 16 years since I met her and 8 years since our marriage, so it cannot be described with simple words like 'unrequited feelings' or 'incompatibility.' I was just inexperienced, selfish, and immature as I have been living at my own pace." According to him, the couple began considering a divorce since 3 years ago, and they were living separately since this spring.

Yamaguchi also explained how he has been burdening his wife due to his busy schedule, and the burden was larger than he imagined. "We talked a lot, and I feel very sorry for our children, but it is the decision we both came up with," he said.

When asked about the divorce settlement, he revealed that the mother will take care of the children, while he continues supporting them financially. As they are still in a peaceful relationship and the divorce is to create a better environment for the kids, there will be no consolation money.

In the end, Yamaguchi asked the media, "My (ex-)wife is not involved in any showbiz business, and my kids are old enough to understand many things. I would like to continue protecting the kids and (ex-)wife from here on as well, so please just be considerate and watch over us warmly."

Yamaguchi married in March 2008 and had his first son in May of the same year. The couple had their second son in September 2010.