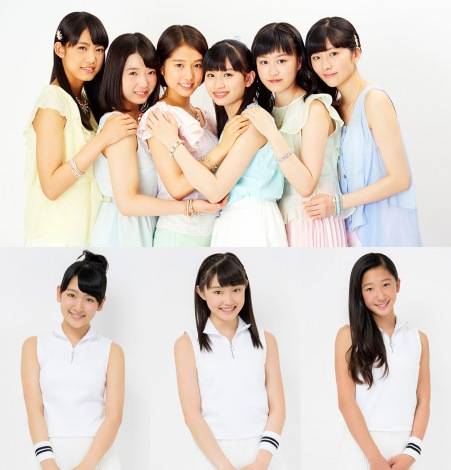 Tsubaki Factory, formed by 6 girls from Hello! Project Kenshuusei back in April 2015, held a fan club event, where they made the announcement that they have added 3 more members to the group.

The three added girls are Ono Mizuho, 15, Onoda Saori, 14, and Akiyama Mao, 14. They were introduced to the fans on the same day and were welcomed with loud cheers.

The leader of the group, Yamagishi Riko told the audience, "With the 3 new members, we, Tsubaki Factory, will be more powerful by encouraging each other, and continuing to do our best to aim for our major debut."

Thanks to Meipon for the tip!