?-ute reveals the date when they will disband 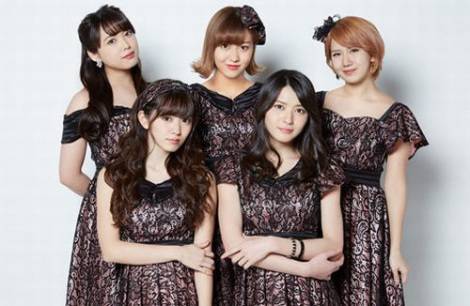 Hello! Project's idol group ?-ute announced that they will be disbanding after a solo live concert at Saitama Super Arena in June 2017, effectively ending their activities of 12 years.

On the official site, the members explained, "In June of next year, our long-cherished dream which was to hold a live concert at Saitama Super Arena will come true, and after the dream stage, ?-ute will be disbanding."

(1) Graduating from Hello! Project, and continue their activities as a group
(2) Going on hiatus
(3) Disbandment

Regarding the reason why they did not choose to leave Hello! Project, and stay as a group, the idols expressed their feelings, "?-ute was born and raised in Hello! Project. While there is Hello! Project, there is ?-ute. We want to be the '?-ute of Hello! Project' until the end."
The members continued, "We've faced with our dream earnestly this past 11 years, and kept running together, so after accomplishing the live at Saitama Super Arena, we surely can say, 'We have no regrets! We fulfilled everything as ?-ute!' with confidence."

About the group's future activities, it was announced that they would not participate in Hello! Project's tour which will begin in January 2017 to focus on ?-ute's activities. There are also plans for fall tour, releasing new single, and more.

They will keep the fans updated for more detailed schedules, as well as the members' solo activities after the disbandment.

?-ute was formed with 8 members back in June 2005, and made their major debut with a single "Sakura Chirari" in February 2007.

After the withdrawal of 3 members, they have been active as a 5-member group with Yajima Maimi, Suzuki Airi, Nakajima Saki, Okai Chisato, and Hagiwara Mai.