9nine to hold a concert on New Year's Day 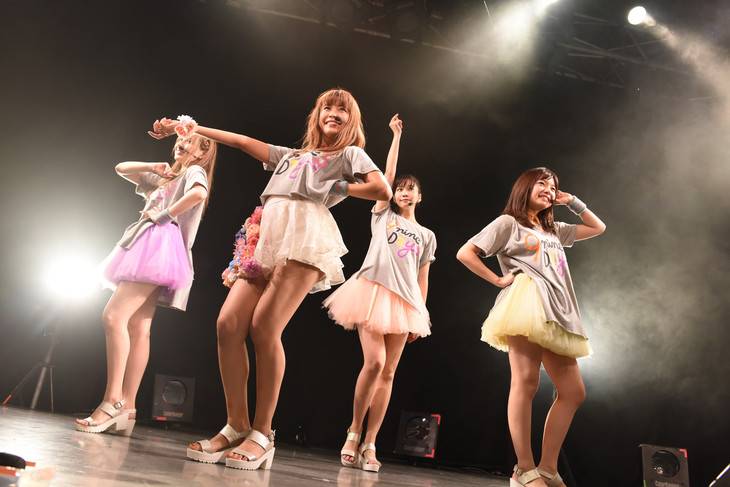 This was announced by the members on September 9 during their one-man live "9nine LIVE 2016 Kugatsu Kokonoka wa 9nine ni Hi ?9nine to meet you !?" at shibuya duo MUSIC EXCHANGE. Satake Uki  called out to the fans, "We wanted to blossom the wonderful future of the newborn 9nine with everyone, so we included the kanji 'saku' (blossom) into the concert title. We also want to spend time with everyone on January 1st!"

This day marked the group's first one-man live since Kawashima Umika's departure. The four members performed a total of 18 songs for the full crowd.

MAN WITH A MISSION Kamikaze Boy's activities suspended after reported to be in an adulterous relationship
7 days ago   0   1,477