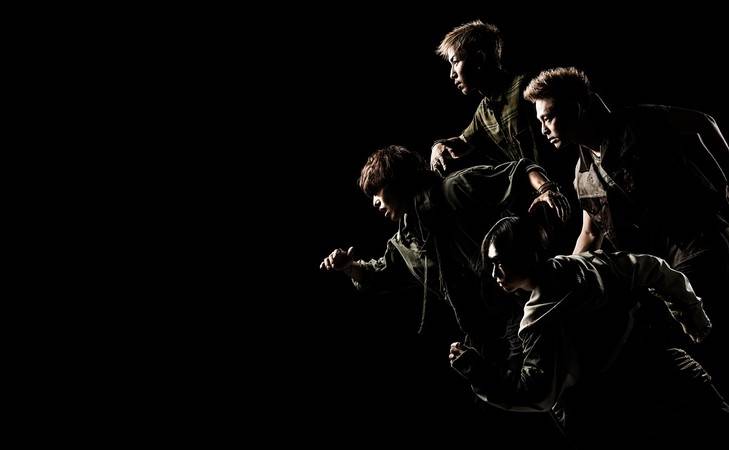 As was previously reported, "RAGE OF DUST" will serve as the opening theme for the second season of TV anime 'Mobile Suit Gundam: Iron-Blooded Orphans' premiering on October 2. The single's limited edition will include a new song as its coupling track as well as a bonus track containing 10 live tracks from their outdoors live "JUST LIKE THIS 2016" held this past July at Fuji-Q Highland Conifer Forest. Meanwhile, the complete production edition and the regular edition will come with a live track of "My World" from their arena tour "DYNAMITE?Single Zenbu Yarimasu?" held last December.

Shortly after the single's release, SPYAIR will embark on a nationwide tour called "SPYAIR TOUR 2016 RAGE OF DUST" on November 19. After this tour, the band is scheduled to hold an arena tour "SPYAIR ARENA TOUR 2016-2017 ~Mafuyu no Dai Circus~."[RAGE OF DUST]