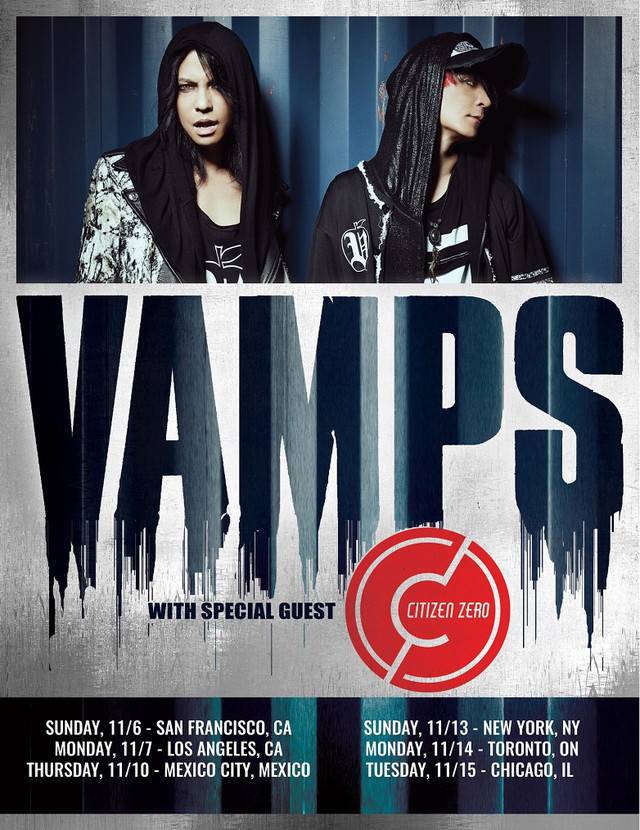 This November, VAMPS will embark on a tour in North America with American rock band Citizen Zero.

Titled "VAMPS North American Tour 2016 With Special guest Citizen Zero," they will make stops in the United States, Canada, and Mexico. The full tour schedule can be seen below.