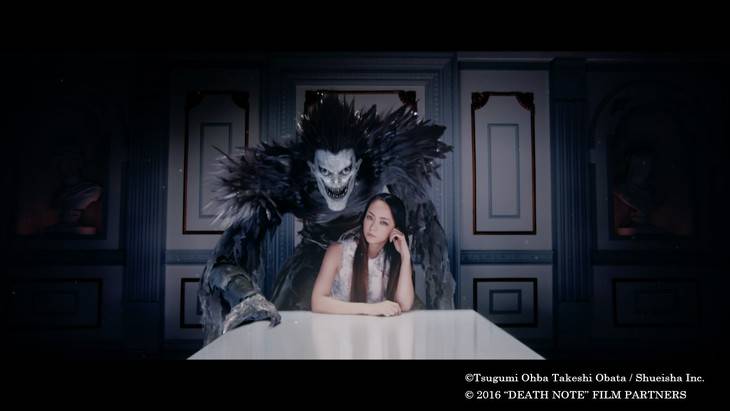 The short PV for Amuro Namie's new song "Fighter" has been uploaded onto YouTube.

Amuro will release "Fighter" together with "Dear Diary" as a double A-side single on October 26. It was picked up as the the insert song for the movie "Death Note: Light up the NEW world" opening in theaters on October 29, as well as the theme song for Hulu's original drama "Death Note NEW GENERATION."

In the PV, Amuro co-stars with 'Death Note' character 'Ryuk' creating a link between the song and the movie's worldview. The full version will be included in the CD+DVD Edition of the single.