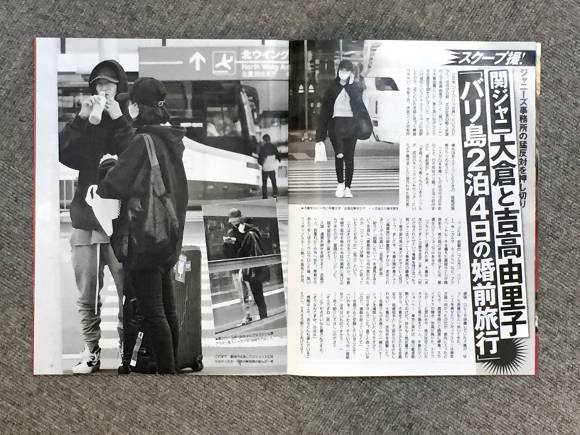 Rumors of Yoshitaka and Okura's relationship surfaced back in July. 'FRIDAY' spotted the couple at Narita Airport earlier this month upon their return from Bali. According to the magazine, they left for their trip on the morning of October 19, and returned after two nights. After going through airport procedures, they got into a mini-van driven by another man. Yoshitaka got off the van en route, but got on a taxi and headed for Okura's apartment shortly after.

'FRIDAY' approached Okura's father, president of an izakaya chain, who claimed he didn't know that his son was in a relationship with Yoshitaka. When asked "Do you want him to introduce her to you," he responded with a yes.

According to an entertainment reporter, Okura recently denied his romantic relationship with Yoshitaka saying that they are just friends.