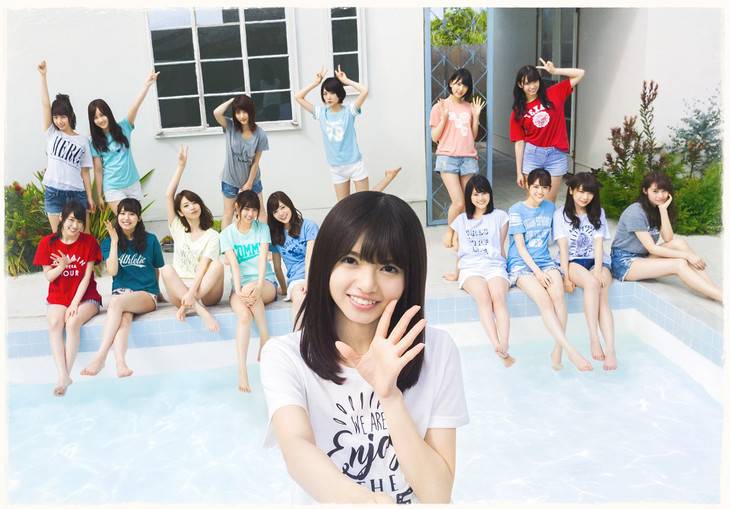 Nogizaka46's 16th single (currently untitled) is scheduled for release on November 9. It's been announced that Hashimoto Nanami will be the center for the group's single for the very first time.

This announcement was made on October 17 during TV Tokyo's "Nogizaka Koujichuu." When her name was called last, Hashimoto stood up quietly, and expressed, "I have so many feelings, but what I can do as center is to deliver something good. I hope to convince everyone one by one."

A total of 19 members was announced for this single with five in the front row, six in the middle, and eight in the back. Besides Hashimoto, the front row will consist of Nishino Nanase, Shiraishi Mai, Takayama Kazumi, and Ikuta Erika, while the middle row will be made up of Wakatsuki Yumi, Matsumura Sayuri, Hori Miona, Saito Asuka, Eto Misa, and Akimoto Manatsu. This is Takayama's first time standing in the front row. The front and middle row members will carry out their activities as the 'Juufukujin.'