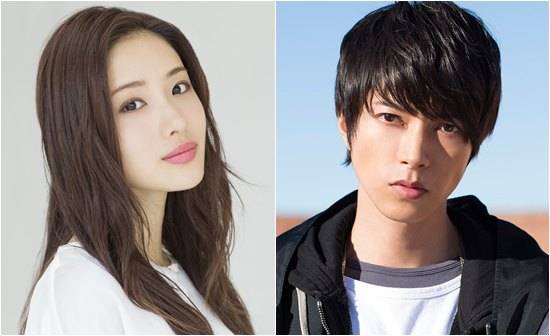 In a recent issue of tabloid magazine 'Josei Seven' it was reported that actress Ishihara Satomi (29) and singer/actor Yamashita Tomohisa (31) are in a serious relationship.

The two co-starred in last year's Getsu-9 drama '5?9 ~Watashi ni Koi Shita Obousan~.' Although there were already rumors they were close friends, it seems that developed into something more. According to reports, they have been frequenting each other's apartments in their private vehicles.

Ishihara's past rumored love interests include Takizawa Hideaki, Sato Takeru, and Oguri Shun, while Yamashita has been previously reported to be in relationships with Kitagawa Keiko and Inoue Mao.

Will they be the next biggest couple? Let us know your thoughts!