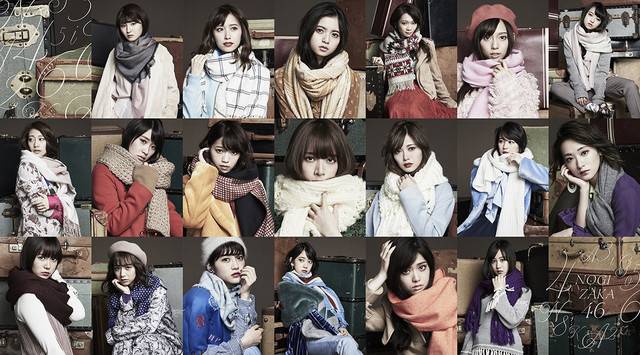 Nogizaka46 have revealed the jacket covers for their 16th single "Sayonara no Imi" that's slated to drop on November 9.

Hashimoto Nanami, who recently announced her graduation from the group, will serve as center for this upcoming single. The photos were taken with the concept, "Nogizaka46 as stylish adults."

The single will be released in five different versions: Limited Editions Types A-D and Regular Edition. The Type A jacket cover represents Hashimoto's departure from the group with travel luggage featured as the motif. They were shot by photographer Manaka Hiroshi who was also in charge of the covers for their second album "Sorezore no Isu."

Details on the track list will be revealed later.