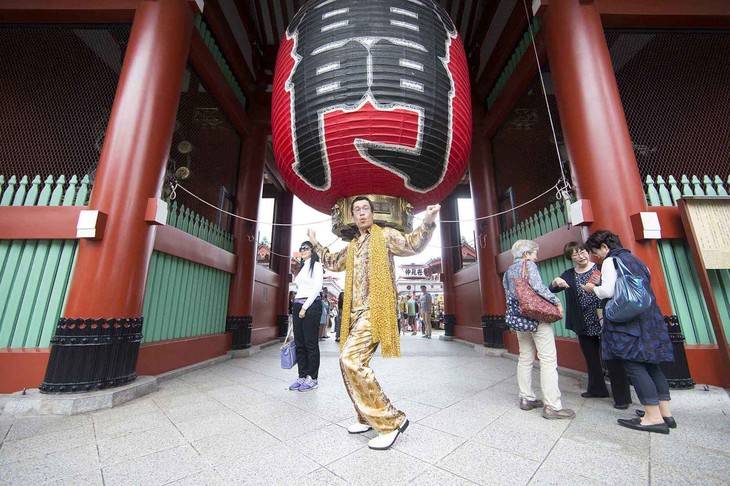 All of you have probably heard the song 'PPAP' (Pen-Pineapple-Apple-Pen) by now. Well, 'PPAP' singer Piko Taro has made his world debut! Four of his songs, including 'PPAP,' is now available for download in 134 countries.

Piko Taro is a mysterious singer-songwriter from Chiba Prefecture produced by comedian Kosaka Daimaou. His video for 'PPAP' is a big hit and has over 26,000,000 views on YouTube.

Piko Taro commented, "I am surprised at the Piko Taro boom. I'm so surprised that my right elbow snapped. That's how surprised I am. After 'master' Justin Bieber tweeted about it, it's gotten over 20,000,000 views. If this were 20,000,000 bugs, there would be a considerable amount going in my mouth. That's the level it's at."

On his songs, he stated, "They are songs with a lot of feelings surrounding the themes global warming and preserving endangered species, and it's also about wanting to kiss someone or wanting to cut my hair. It would make me happy if you would listen to them with headphones on a good volume."

If you haven't heard 'PPAP' yet, click on the video below!