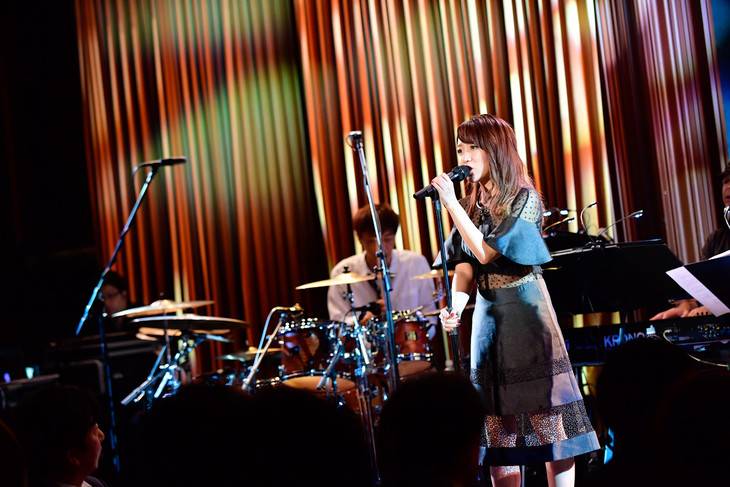 It's been revealed that Takahashi Minami will hold a countdown live on December 31 at Olympus Hall Hachioji.

This surprise announcement was made on October 16 during her live concert at COTTON CLUB held to commemorate the release of her first album "Aishitemo iidesuka?" When she learned about the countdown live towards the end of her performance, she stated, "Hachioji is my hometown. I am also the ambassador for Hachioji. With that said, I am very happy to be able to hold a countdown live in Hachioji. Let's continue into the New Year together!"

Takahashi's concert at COTTON CLUB was held for 100 lucky fans chosen via lottery out of 3,000 applicants. Kishitani Kaori made a guest appearance and they sang "GIRLS TALK" together.