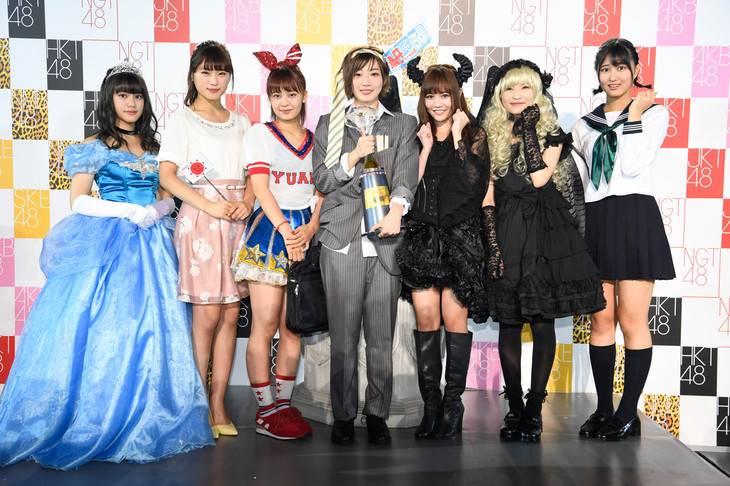 The group's 7th janken tournament was held in the Kansai Region for the very first time. The participating members were assigned to seven blocks, and the winner of each block would form a unit and make a CD debut.

Prior to the tournament, the group performed "Migiashi Evidence", which was last year's winner Fujita Nana's debut song. They also performed their new single "High Tension" (November 16 release) for the very first time.

It all came down to Tanabe vs Yumoto, and Tanabe successfully secured the win. She made the crowd laugh, saying, "Tonight's drink will taste good!"

During this event, it was announced that the AKB48 group will be adding a new sister group next summer. The group will be based in the Seto Inland Sea and will hold performances on a ship.