Aigasa Moe to graduate from AKB48 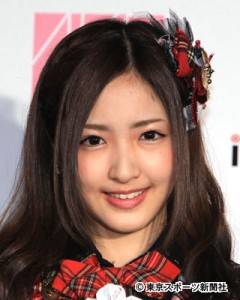 It's been announced that Aigasa Moe will graduate from AKB48 next March.

This announcement was made on November 10 during a live performance at AKB48 Theater. She also updated her Instagram, saying, "In March, I will be graduating from high school. I started seriously thinking about my future and realized that I should step out and challenge myself instead of remaining here." More details on Aigasa's graduation will be revealed later.

Aigasa joined the group as a 13th generation kenkyuusei in 2012. The following year, she was promoted to Team 4, and since February of 2014, she has been active as a member of Team K.