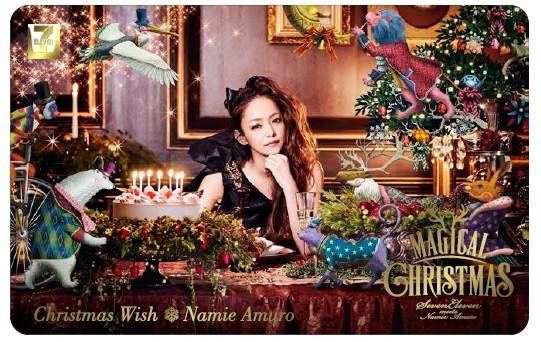 Through this campaign, those who reserve a Christmas cake at Seven Eleven stores will receive an original poster and a music card that allows you to download the full version of Amuro's new song "Christmas Wish." This song will not be released on CD, and will only be obtainable via this campaign.

You can hear a teaser of "Christmas Wish" in the new CM. A longer clip will be revealed in another version of the CM on November 15.