Death Note's Ryuk does a dance cover of Pikotaro's 'PPAP' 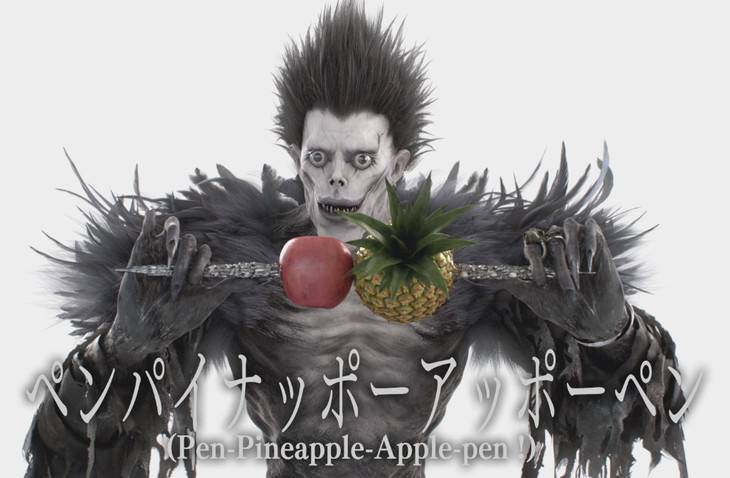 A collaboration video for Pikotaro and movie 'Death Note Light up the NEW world' has been revealed.

This video was put together to commemorate the movie claiming the top spot on the weekend box office ranking. In the video, you can see Ryuk dancing to Pikotaro's "Pen Pineapple Apple Pen." For those of you familiar with the 'Death Note' series, you know that apple is Ryuk's favorite food.

Along with the collaboration video, a video comment by Pikotaro has been released. In the video, he expresses his surprise and joy of collaborating with the movie.