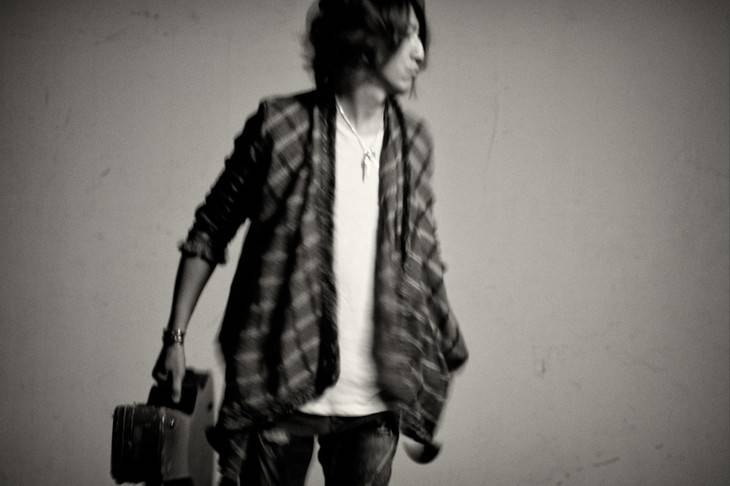 GLAY's TAKURO (G) has revealed the artwork for his solo album "Journey without a map" to be released on December 14.

As previously reported, this instrumental work was produced by B'z Matsumoto Tak and recorded with musicians from Los Angeles, California. The jacket cover was shot while shooting the PV for one of the tracks. On the artwork, TAKURO commented, "I wanted it to represent the guitarist TAKURO playing the guitar naturally."