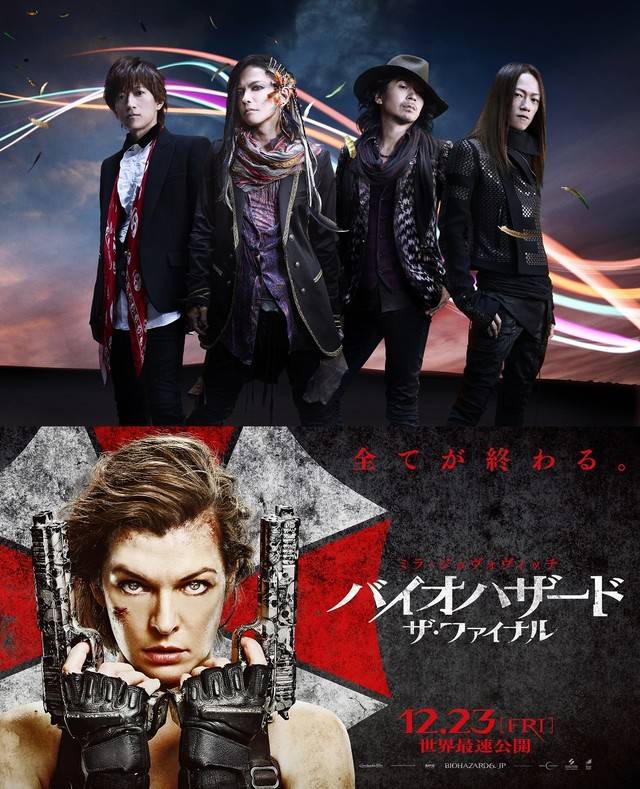 L'Arc~en~Ciel's new song "Don't be Afraid" will be used as the theme song for the Japanese dubbed version of 'Resident Evil: The Final Chapter' that's scheduled to open in theaters on December 23.

"Don't be Afraid" was written by hyde (Vo, G) and composed by tetsuya (B). The members, who have been a fan of the 'Resident Evil' series, expressed their joy on the upcoming collaboration. hyde stated, "I wrote the lyrics while imagining one mustering up their courage and overcoming fears." tetsuya commented, "While drawing the image of the movie in my head, I interpreted it in my own way. Rather than a choppy intense guitar, I thought it would be better to use a clean arpeggio with a feeling of sadness."

In mid-November, L'Arc~en~Ciel will release a music video called "Don't be Afraid -Biohazard×L'Arc-en-Ciel on PlayStation VR-", which is a collaboration project with the 'Resident Evil' PlayStation VR game.