MAN WITH A MISSION, UVERworld, and MY FIRST STORY to provide songs for 'Shinjuku Swan II' 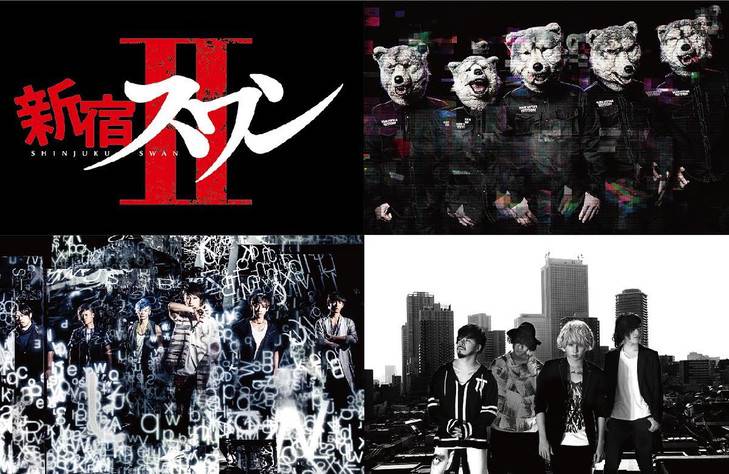 MAN WITH A MISSION, UVERworld, and MY FIRST STORY will be providing songs for the movie 'Shinjuku Swan II' to be released on January 21 of next year.

The upcoming movie follows 2015's 'Shinjuku Swan' based on Wakui Ken's popular manga. Ayano Gou will reprise the role of protagonist 'Shiratori Tatsuhiko'. This time, the story will take place in Yokohama instead of Shinjuku's Kabuki-cho.

In a recently revealed trailer, you can hear clips of "Dead End in Tokyo" and "Emu." Just before the movie's release, the three bands are planning on holding a special live together.