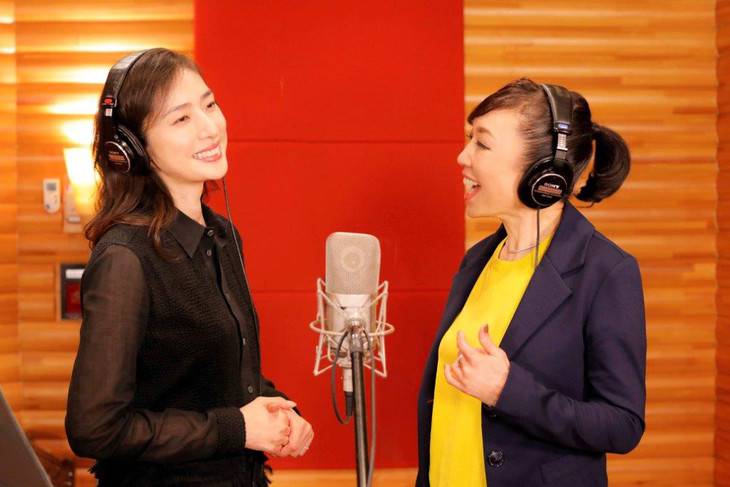 Matsutoya Yumi and Amami Yuki sing together for Matsutoya's new song "Smile for me." This collaboration song will be used in Fuji TV's new drama 'Chef~Mitsuboshi no Kyuushoku' starring Amami, which will make its premiere on November 3.

The original version of "Smile for me" is the drama's theme song and is included in Matsutoya's new album "Uchuu Toshokan" released on November 2. As the drama portrays a woman's way of living, the lyrics sing about an adult woman's kindness and tolerance.

Matsutoya came up with the idea of singing a duet with Amami after writing the song. Then the drama's staff brought this idea over to Amami. After the recording in late-October, Matsutoya commented on Amami, "I am very happy to have recorded a wonderful song with Amami-san, who has a career in Takarazuka." On the other hand, Amami, who claims to be a fan of Matsutoya's since junior high school, stated, "I did my best not to break this wonderful worldview. I was very happy to sing beside her. It was like a dream."