Taira Airi and Nagatomo Yuto to marry in January 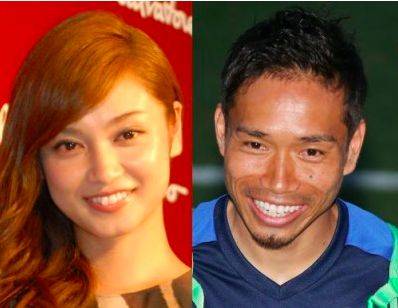 Actress Taira Airi (31) and soccer player Nagatomo Yuto (30) will be getting married in late-January. For the time being, the couple will spend their newlywed life in Italy, where Nagatomo resides. They will prioritize Nagatomo's work, while Taira puts her activities on hold.

Taira and Nagatomo's relationship was first discovered back in June. Nagatomo confirmed the reports, saying, "She is an important person. She is my amore."

Taira also wrote on her blog, "Nagatomo-san asked me to follow him with marriage in mind. I believed his words and followed him."

On their marriage, Taira's agency stated, "While they are working towards marriage, they do not have a concrete date."