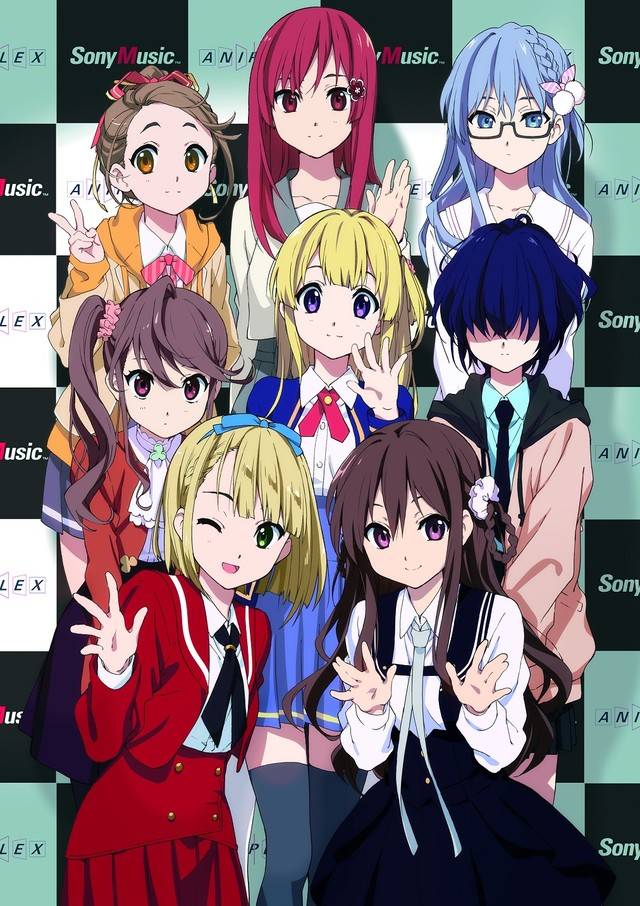 Akimoto Yasushi has produced a digital idol group called '22/7', and their main visual has been revealed.

The group is comprised of eight members, and each character was designed by Hosoi Mieko, Misaki Kurehito, Koyama Hirokazu, Horiguchi Yukiko, Sakura Koharu, Tanaka Masayoshi, Kantoku, and Ohara Tometa. The voice auditions for the characters started on October 17. Out of 13,250 applicants, 12 people passed the final examination held on December 24.

The main visual is a group photo of the finalists at the auditions. It was done by Horiguchi Yukiko, who was in charge of the character design for member Takigawa Miu. The voice actors for the 8 members in the main visual have been tentatively decided. More details will be announced on 22/7's official Twitter account (@227_staff).

On this project, Akimoto commented, "Instead of starting out as idols like the AKB48 groups, Nogizaka46, and Keyakizaka46, I tried to do the opposite this time. The challenge of creating idols from voice actors is also a first-time experience for me, so the selection process was very different from before. It promises to be a very interesting group."

MAN WITH A MISSION Kamikaze Boy's activities suspended after reported to be in an adulterous relationship
5 days ago   0   1,341