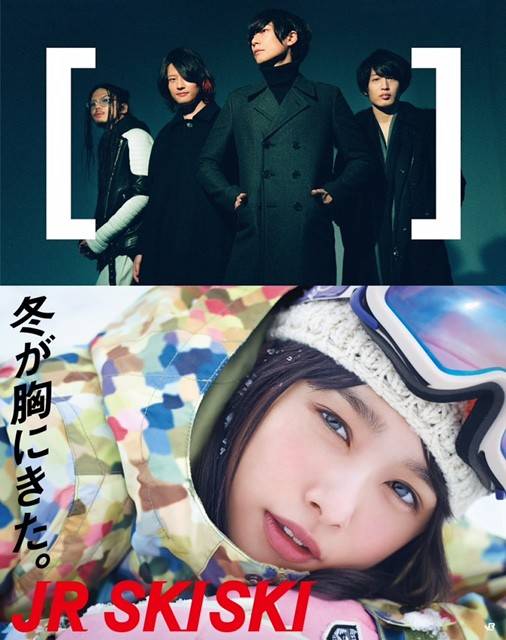 The first track "SNOW SOUND" is a heartwarming medium-tempo tune, which will be used in the CM for JR Higashi Nihon's "2016-2017 JR SKISKI." Prior to the CD release, this song will be available for download on January 4. The digital cover will feature the CM character Sakurai Hinako.

On "SNOW SOUND," Kawakami Youhei (Vo, G) commented, "We are not from a snow country. This is precisely why we are attracted to snow. That's the feeling we put into this song."

Meanwhile, "Imamade Kimi ga Naitabun Torimodosu" was picked up as the theme song for the movie 'Kyou no Kira-kun' that's scheduled to open in theaters on February 25. Besides these two songs, the single will include two live tracks. Furthermore, the Limited Edition will come with a DVD containing footage from their free live "[Alexandros]?EXIST!?Launch Party at Roppongi Hills" held in November at Roppongi Hills.

You can hear a portion of the songs in the CMs down below.