Kanjani8's first single of 2017 to be titled 'Naguri Gaki BEAT' 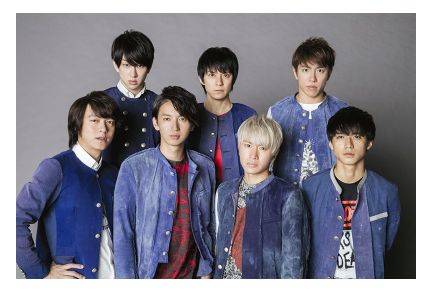 Following "NOROSHI" (December 7 release), the upcoming single will serve as the theme song for Sasaki Kuranosuke and Yokohama Yu's starring film 'Hamon: Futari no Yakubyo-gami'. It will be available for purchase in three different types: Limited Edition, Regular Edition, and Special New Year's Edition. For the coupling track, the Limited Edition will include remixes of songs that were featured in the credits of the group's live DVDs. In addition, it will come with a DVD containing the PV for "Naguri Gaki BEAT" and its making-of footage.

Meanwhile, the two coupling tracks for the Regular Edition will be revealed at a later date. Furthermore, the Special New Year's Edition DVD will include special footage of the members' New Year's party.