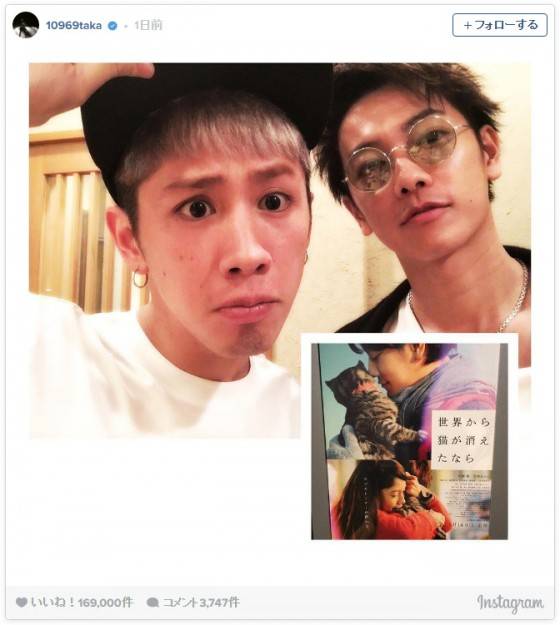 On Christmas Eve, actor Sato Takeru revealed his day spent with ONE OK ROCK's Taka via his LINE account.

Sato posted a photo of Taka standing in his kitchen and wrote, "Takapin is making me food." He continued to reveal, "When I told him that I was on a restricted diet, he made the shabu shabu sauce with only tofu."

Not only are Sato and Taka close friends, they belong to the same agency, and ONE OK ROCK has provided songs for the 'Rurouni Kenshin' movie series. Just the other day, Sato, Taka, and others celebrated actor Shirota Yu's birthday.

Source & Image: Cinema Today
*Note the photo above is from May 2016