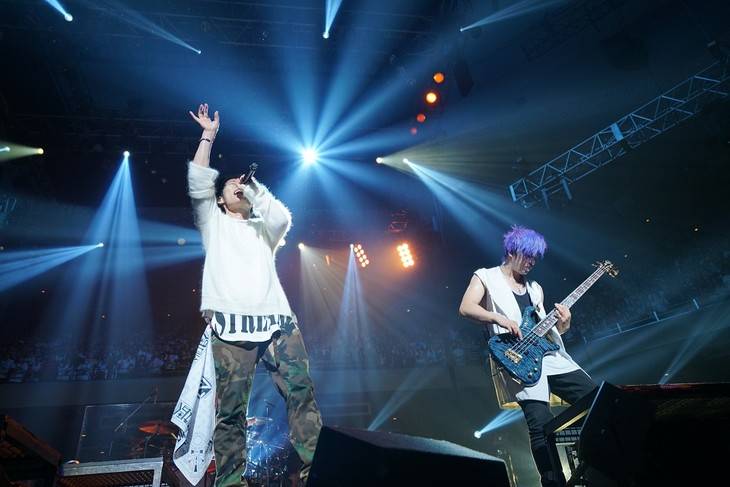 This was announced on December 25 by the president of the band's agency at their Christmas live at Nippon Budokan. During the second half of their live, he appeared hanging in midair sporting a pink bodysuit and afro.

The single will be available for purchase in three types: Limited Edition, Regular Edition, and Complete Production Edition. Besides "Itteki no Eikyou", the single will include "Emu", which is the insert song for movie 'Shinjuku Swan II', and a collaboration song with AK-69 called "Forever Young".

Furthermore, an official 'Shinjuku Swan II' soundtrack, including the short version of "Emu" will be released on January 25.