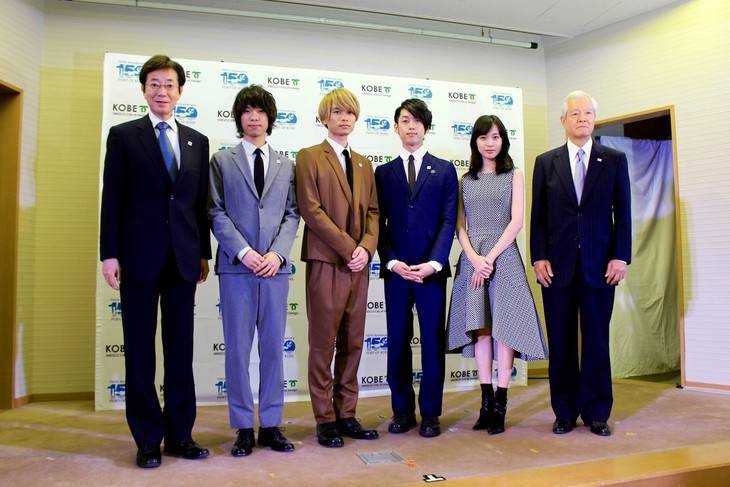 WEAVER will provide their new song "Umi no Aru Machi" as the theme song for the 150th commemorative event of the Kobe Port opening.

The commemorative event will be held in 2017 to celebrate 150 years since the opening of Kobe Port to help citizens take interest in the ocean, ships, and ports. Kobe City native WEAVER will be in charge of the theme song, and Toda Erika, who is also from Kobe City, will serve as the image character.

Sugimoto Yuji (Piano, Vo), who composed the song, commented, "It is such an honor for us as we were born and raised in Kobe. We wrote this song while thinking about the beautiful streets you can see from my junior high and high school as well as the vast ocean beyond Kobe Port." Similarly, Kawabe Toru (Dr), who wrote the lyrics, stated, "We hoped it would become a song that only we can sing because we lived in Kobe. It would make us happy if this song would nestle closely beside everyone of Kobe and would add a little color to everyone's days."