Esumi Makiko to retire from showbiz at age 50 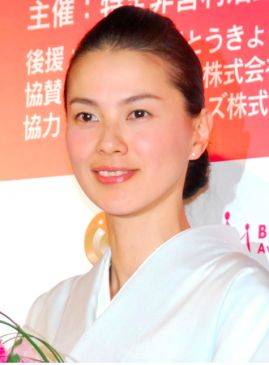 On January 23, actress Esumi Makiko's (50) attorney released a statement that she would be retiring from showbiz. The statement also denied reports of the actress being involved in an extramarital affair.

It explained, "It appears that there will be reports about Esumi being involved in an affair, but the person she is meeting is someone who is discussing repayment of investments with her. They are only meeting for the purpose of discussion and are definitely not involved in an affair. We are currently preparing to take legal measures against this groundless report."

While they affirmed that Esumi is currently separated from her husband, who she married in 2000, they said that the couple would not be divorcing, "They've only separated for convenience sake due to work and lifestyle reasons. Their relationship has not deteriorated, and they do not plan on getting a divorce."

On top of that, they confirmed Esumi's intentions of retiring from showbiz. "She is very grateful to have been active in the entertainment business over the past 30 years," they said.

Esumi plans on focusing on her children after retirement. She has been working non-stop since the birth of her children and wishes to set her career aside for their well-being.