Ikoma Rina apologizes to anime fans for her behavior on TV 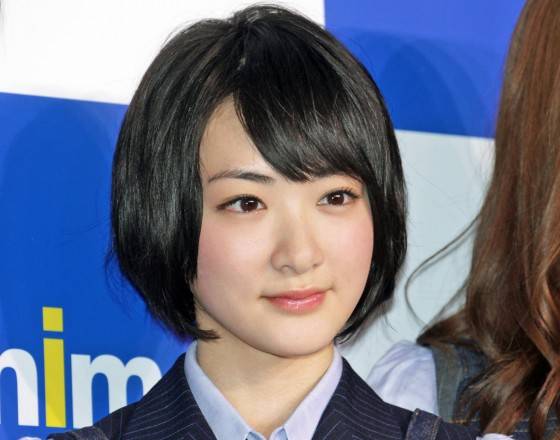 On January 9, Nogizaka46 member Ikoma Rina made a guest appearance on TV Asahi's "Ninki Seiyuu 200-nin ga Honki de Eranda! Seiyuu Sousenkyo! 3 Jikan SP" ("Voice Actor General Elections"). Ikoma apologized on her blog after being criticized for some of the things she said on the program.

Ikoma was very excited to be surrounded by popular voice actors who lend their voices to characters of various anime. However, the internet was flooded with comments about how "annoying" Ikoma's behavior was on the program. While being introduced as a "pure 'One Piece' fan," she did not know who Furukawa Toshio, the voice of 'Portgas D. Ace', was, which angered many fans of anime and voice actors.

On the same day, Ikoma wrote on her blog, "For those people watching who love anime and voice actors, I am truly sorry to have annoyed you by my appearance and remarks and for making you feel things that you shouldn't have felt." She added a photo of herself kneeling on the ground to express her apologies.

Further, she said, "I say that I like anime and manga. I take full responsibility of my remarks while I'm working," and explained, "There are some things I'm knowledgable about, and at the same time, there are things that I'm not knowledgable about." She continued, "Being in Nogizaka46, I received this job by chance. I did my best not to make anyone uncomfortable." Finally, she stated, "However, I fully understand why you felt that way. I am very sorry..."